A Quick Guide to Owning and Flying Light Aircraft 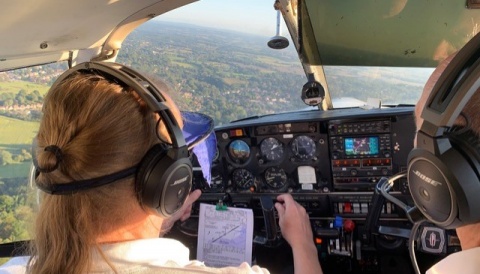 A visit to AeroExpo in June could be ideal if you plan to buy an aircraft and learn to fly.

AeroExpo 2022, to be held at Cotswold Airport 16-18 June, will be the ideal place to see aircraft you could possibly buy — from a microlight to a business jet, depending on your ambitions and resources! It will also be the ideal place to meet some of the training providers, with some leading fight schools also exhibiting and presenting in seminar sessions.

A full list of Providers/Suppliers, what they specialise in, and a comprehensive Seminar Programme, will be published prior to the Event.

While some people learn to fly before buying an aircraft, others choose to buy either a share in a group aircraft or own one outright — and this can be ‘factory new’ or used. Furthermore, there is the possibility of financing an aircraft along with considering other costs such as training, insurance, and ongoing maintenance.

At AeroExpo you will be able to meet service providers that can advise on these various aspects and both manufacturers and aircraft brokers who have considerable experience in advising would-be aircraft owners and pilots.

And, last-but-not-least, there are associations such as the Light Aircraft Association and AOPA (Aircraft Owners and Pilots Association) on hand to help. And if you want to go one step further and have your own airstrip and hangar, why not talk to the General Aviation Awareness Council (GAAC) or a company such as Jewers, respectively.

Also use the occasion to see come existing aircraft owners flying in for the event — the variety can be daunting for those new to light (‘general’) aviation and private flying, but people are invariably friendly and enthusiastic and willing to provide advice.

How Much Does an Aircraft Cost?

A second-hand aircraft could cost as little as £10,000 (you can buy from anywhere in the world, of course, but would have to re-register it in the UK under the ‘G-Reg’). But it could cost up to £1,000,000 and beyond if you wanted to buy something more sophisticated such as a turboprop. But the top-end for new piston-engine aircraft tends to be around £600,000, and many will be less than £250,000.

So many buyers will look for second-hand (‘used’) aircraft — and aircraft do have very long lives. Some are 50+ years old and still going strong, as long as they’ve been well maintained. Some have been lovingly restored, and these range from light trainers to warbirds.

If you wanted to purchase an aircraft for training and touring once you have your PPL, you could follow a well-trodden path and buy a used Cessna 172 or Piper PA28. These are both four-seat aircraft and can fly 4-6 hours at around 100 knots (115 mph) and a one in reasonable condition with ‘Fresh Annual’ maintenance certificate will typically set you back £50-75,000. Insurance could be £3,000 a year (premiums have been increasing) and maintenance perhaps £5,000 a year assuming you put a little into a maintenance fund too. You never know, you may have an unexpected failure of something in the engine that needs replacing, that you can’t claim for under insurance or a warranty.

For the above reasons many choose to go for a slightly more expensive second-hand aircraft with finance through a finance provider such as Close Brothers. Another option is to buy a

share in an aircraft — just make sure you do your homework on the aircraft and the how well it is managed. It is usual to have a Pre-Purchase Inspection of an aircraft you are considering purchasing, just like having a survey on a house before you exchange contracts. 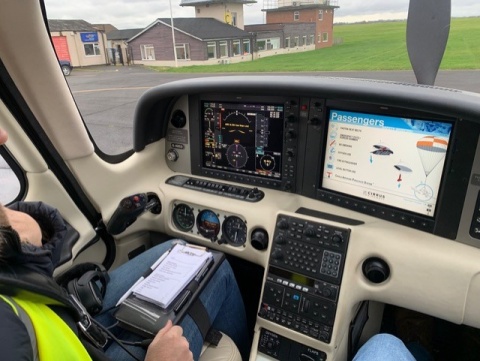 The chances are, if you want to buy an aircraft one day you’ve probably had a trial flight at a flight school — the first step in a fascinating and exhilarating hobby (that for some turns into a profession!) Alternatively, your first flight might have been with a family member or family friend who owns an aircraft, or in the Air Cadets.

For many the first step is the Private Pilot’s Licence (PPL) and any flight school at AeroExpo or at any airfield you call into will be able to explain what’s involved. It takes commitment, of course, and finances — think £10,000 including a minimum 45 hours of flying, 9 short exams (which you can do at the flight school), a practical flying ‘Skill Test’ and a ‘radiotelephony’ (RT) test. What you get at the end on your licence is a ‘Class Rating’ which covers you to fly (with a check out of course) any normal-performance Single Engine Piston (SEP) aircraft.

Typical training aircraft at UK flying schools range from microlights (you could start with a 25-hour microlight licence) to Light Sport Aircraft (there are many manufacturers including Bristell, Sling, etc) to ‘mainstream’ single-engine pistons that are fully certificated by the UK Civil Aviation Authority (CAA). While these tend to be old Piper PA28 Warriors or Cessna C152s still, many schools are updating their fleets with newer aircraft — sometimes these are just newer Pipers and Cessnas but these days you are just as likely to see aircraft from Diamond, Cirrus, and other manufacturers from around the world. Most noticeably these have more modern avionics as glass screen have gradually been replacing older round-dial instruments – referred to by many as ‘clockwork’ instruments. Some training schools specialise in a particular aircraft type — for example, Echelon Air at London Biggin Hill Airport specialises in Cirrus training, often for new owners who’ve chosen to go straight to these higher performance aircraft.

Once you have your licence you can add other ratings — perhaps an instrument rating or (more usual for private pilots) the restricted instrument rating (formerly called the IMC rating and now known as the IR(R)). Or you may want to get an aerobatics rating or try a vintage aircraft — but most people just want to try out their hard-won licence visiting a few UK airfields first.

Many years ago it was ‘cheap and easy’ to go to the USA to fly, and the weather was often more reliable too somewhere like Florida or California, but post 9-11 security requirements, increasing fuel costs in the US and a less favourable dollar exchange rate makes it doubtful whether your flight and hotel costs are worth it. In addition, most instructors would advise you to learn to fly where you plan to fly, as there are differences in approach and regulations, airspace and so on. 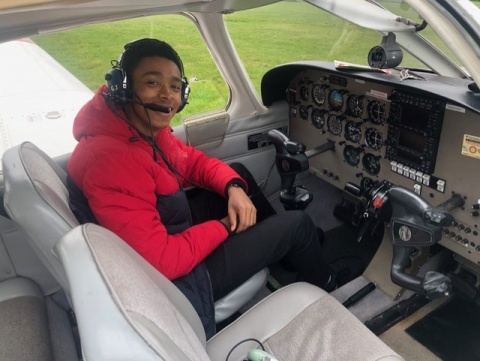 Where Can I Fly?

With licence in hand, you may want to fly with friends or family to one of the numerous small airfields in the UK or go beyond to Ireland or mainland Europe (not forgetting the Isle of Man and the Channel Islands!)

For most airfields you will call for permission (so-called PPR, or Prior Permission Required). You will do your planning, from checking the weather to doing a navigation plan and familiarising yourself with your destination airfield, and any airspace en route. You will check your ‘Weight and Balance’ and brief any passengers, fully ‘Pre-Flight’ your aircraft and then head of (perhaps via the fuel pumps!)

If you have a full PPL, recognised throughout the world as an ‘ICAO licence’ (ICAO is the International Civil Aviation Organisation, part of the UN) you can fly anywhere in the world, in theory. In practice you’ll have to check for security and customs and various other considerations such as controlled airspace but in general, you have ‘Freedom of the Air’.

Generally private pilots fly under VFR or ‘Visual Flight Rules’ but once you have some experience, you can do an IRR or ‘full IR’ — again the latter will work for flying around the world, whether in your own aircraft, a ‘group share’ one or in a hired aircraft. Hiring in another country is common though you often need to get your licence ‘validated’ by the local regulator (the civil aviation authority of the country where the aircraft you are hiring is registered — such as the ‘N’ register in the USA, or F in France).

If you want to fly in Instrument Meteorological Conditions (IMC), where the weather isn’t necessarily good, you will need an instrument qualification and if you intend to do an instrument approach into your destination airfield you will need to plan carefully and ensure your aircraft is equipped for this. You may even file an IFR Flight Plan — a Flight Plan (which can be VFR or IFR or a bit of each) is compulsory if flying to another country or in airways, something you need a full IR for.

Flying into larger airports can be expensive (landing fees are based on aircraft weight but this can still be expensive) and in the UK the largest airports generally do not have GA (General Aviation) traffic. But the second-tier airports often do and often mix airline and business jet traffic with GA training and other flying, along with helicopters (e.g., training, law enforcement, helimed). So while you won’t be thinking of Heathrow or Gatwick, you may well fly to Exeter or Norwich or Gloucester, Liverpool or Inverness. Air Traffic Control (ATC) tends to be helpful and the whole ethos of the industry is ‘Safety First’ — some airspace is easy ‘Class G’ while some is controlled and complex, either ‘Class D’ or higher up, ‘Class A’. Until you have an IR, you won’t be allowed in Class A (which includes the lower and upper airways).

However, flying brings with it considerable responsibility — you are not allowed to fly too low (the general rules include keeping at least 500 feet away from any person, vessel, vehicle or structure; at least 1000ft above any obstacle (e.g., radio mast, tower) within 2000ft of your aircraft; and if you are flying a single-engine aircraft you must be able to ‘glide’ clear of any build-up area in the event of an engine failure.

But all-in-all the training is designed to prepare you for the challenges, so you can have that ‘Freedom of the Air’ and have some truly amazing adventures!