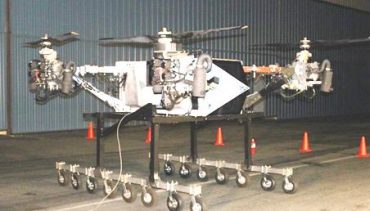 Advanced Tactics Inc. (ATI) has announced the development of a low-cost modular flying car, designed to be capable of autonomous logistical operations.

Known as the AT Transporter, the flying car builds off ATI’s AT Black Knight Transformer vertical takeoff and landing (VTOL) flying/driving vehicle technology demonstrator, and the company has said it will be ready for sale in 2018.

Powered by eight aircraft engines and one Volkswagen car engine, the multicopter AT Black Knight Transformer first flew in March 2014 after having completed driving tests in December 2013. ATI has now put the aircraft for sale on eBay (with bidding set to end on Nov. 2) to raise funding to finish the prototype development and testing of the AT Transporter.

The AT Transporter is powered by four aircraft engines with propellers and a low voltage electrical system, and is capable of delivering payloads of up to 1,200 pounds in a detachable three- to six-person passenger/cargo pod. ATI said the aircraft has a maximum speed of over 200 m.p.h. and a maximum operating range of 500 to 700 nautical miles. 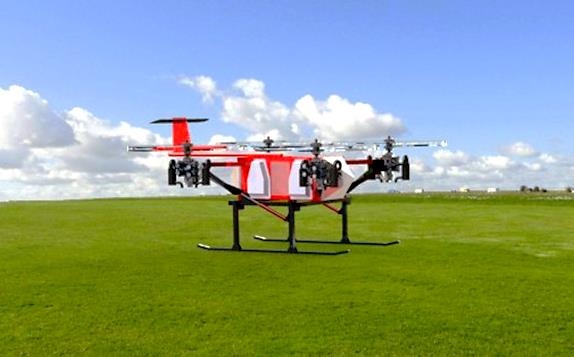 An illustration of the proposed production version of the AT Transporter. ATI believes the aircraft will prove particularly useful in disaster relief missions. ATI Illustration

The company added that the aircraft can refuel at conventional gas stations, would be capable of being maintained by a trained truck or auto mechanic, and that its autonomous flight system was as simple as those found on existing quadcopters.

ATI believes the aircraft will be well suited for disaster relief operations, including cargo and personnel delivery and evacuation.

The three-passenger AT Transporter is expected to cost around $249,000, and a six-passenger version around $395,000. Both vehicles can perform the same missions but with different payloads, ATI said, adding that flights above 20,000 feet would be possible with turbocharged engines. 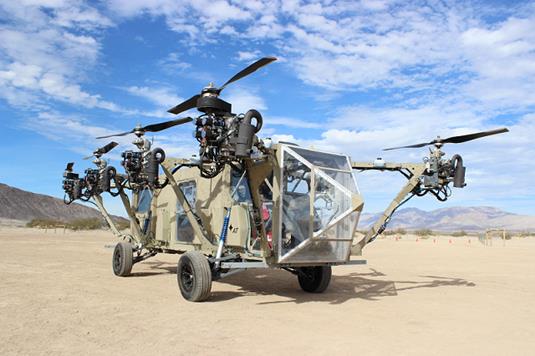 The AT Black Knight Transformer is being auctioned by ATI on eBay, and the manufacturer hopes to use the money raise to fund development of the AT Transporter. ATI Photo

As for the sale of the AT Black Knight Transformer Technology Demonstrator, ATI is offering potential buyers two options. The first is to purchase it in “as is” condition with the original flying and driving equipment included, but with the understanding that the vehicle must not be flown. The second option is to buy it and supply ATI with $1-2 million to upgrade the vehicle’s electronics, engines and propellers, and perform airframe modifications.