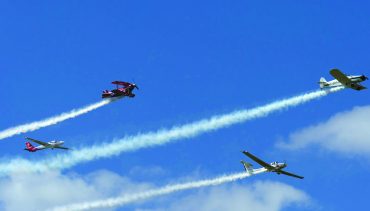 AeroExpo UK 2017 celebrated its’ 12th year as the leading general aviation event in the UK during the sunny weekend of the 1st-3rd June, returning to Wycombe Air Park, Booker in Marlow. At the UK’s Festival of Aviation there was plenty to both see and do including visiting the line-up of both new and returning exhibitors, exciting event features and UK exclusives. 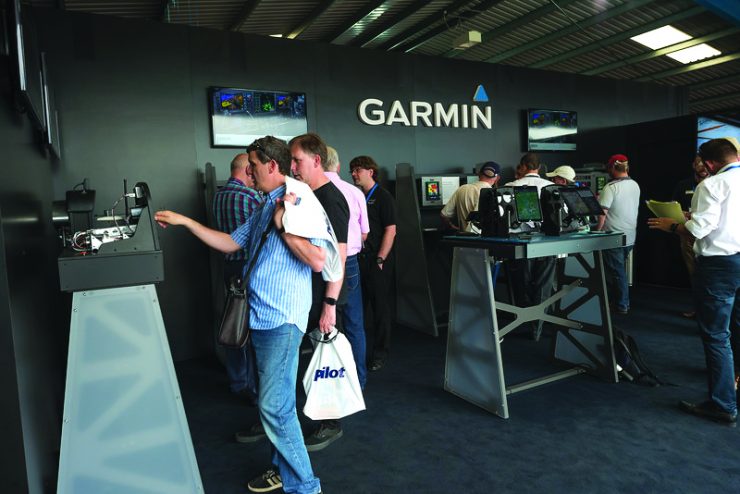 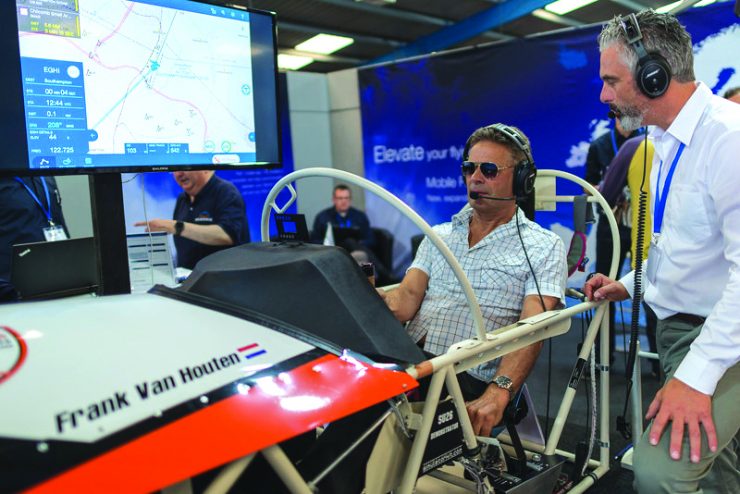 For visitors flying into the event, Garmin sponsored up to half price on all landing fees and supplied a G2 Bravo watch as one of the ‘land and win’ prizes for the event! Amongst these prizes also included an A20 headset supplied by BOSE Aviation and Bigatmo Sunglasses. The winners of these prizes will be announced in next month’s issue of GA Buyer alongside the winner of the Concours d’Elégance prize, provided by Friendly Skies Ltd. Amongst other prizes at the event was also a prize draw to win a flight with Take Flight Aviation Ltd. 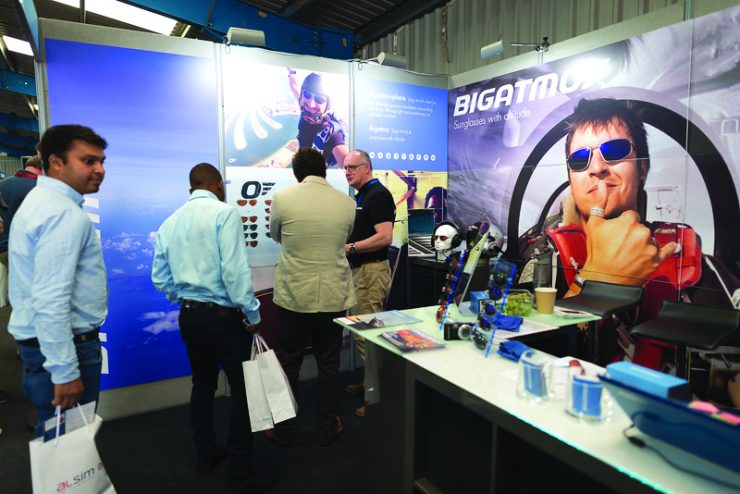 Exciting additions to the 2017 line up was the UK debut of the Piper M600 at the event. The aircraft formed part of the largest static display yet including aircraft manufacturers and dealers both from the UK and Europe.  Alsim; a leader in flight training simulators enjoyed success on day two of the AeroExpo UK as they signed a contract with ACS Aviation. The contract was finalised by Mr Craig McDonald, director of ACS Aviation for an AL42 simulator (FNPT2 specific to Diamond DA42). 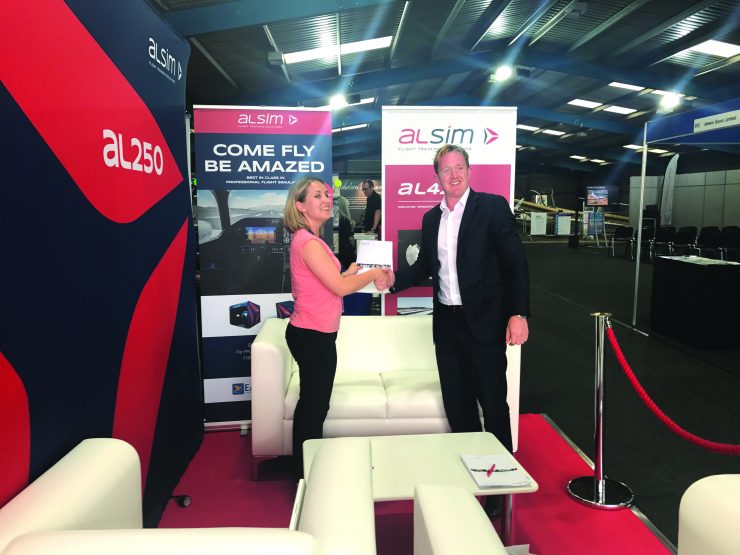 In partnership with the Royal Institute of Navigation, AeroExpo UK 2017 held its busiest seminar series yet. With a general aviation seminar live theatre in Hall B and a dedicated seminar room focused on engineering in general aviation presented by Continental Motors. Seminars included presentations from the British Women Pilot’s Association, CAA, Garmin, and Youtube sensation and AOPA’s winner of Outstanding Flight Instructor of the year in 2014, 2015 and 2016, Jason Schappert from MzeroA. 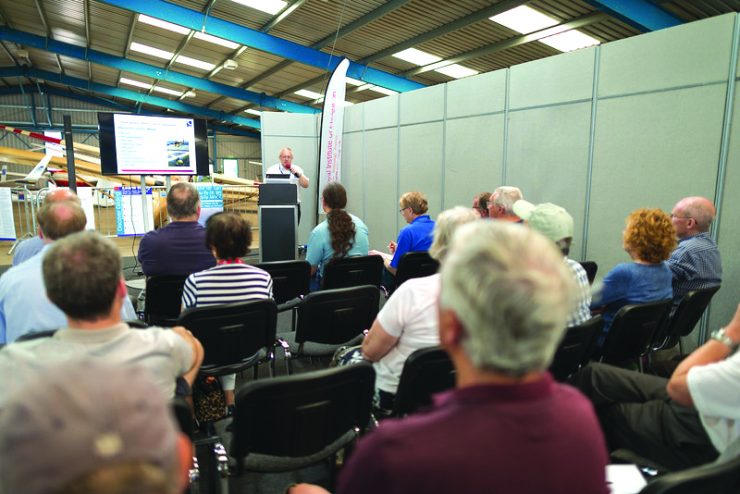 The organisation ‘No Fairoaks New Town’ were able to surpass their target of 3,500 petition signatures to present to Surrey Heath Borough Council, in their efforts to try to save Fairoaks airport. AeroExpo UK’s affiliated charity; Aerobility were also able to raise its highest funds for the charity to date and sell a Yak 52 Aircraft at the event in affiliation with AT Aviation. 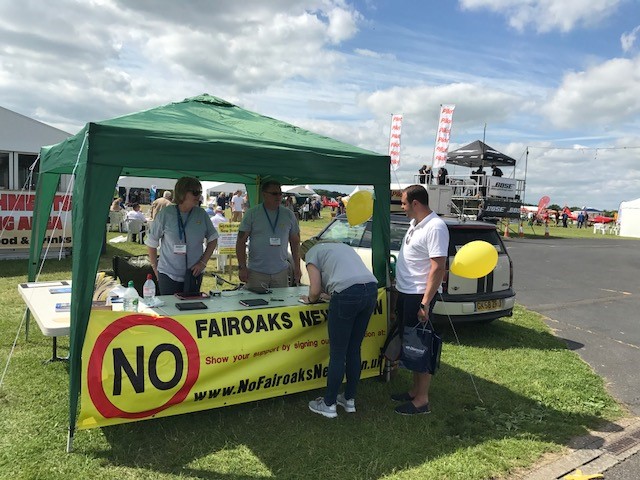 Saturday 3rd June was host to a bumper day at the AeroExpo UK with many guests visiting to spectate the thrilling Air display with displays from Richard Goodwin Aerobatics, Guy Westgate in the Glider FX and CRM Aviation. 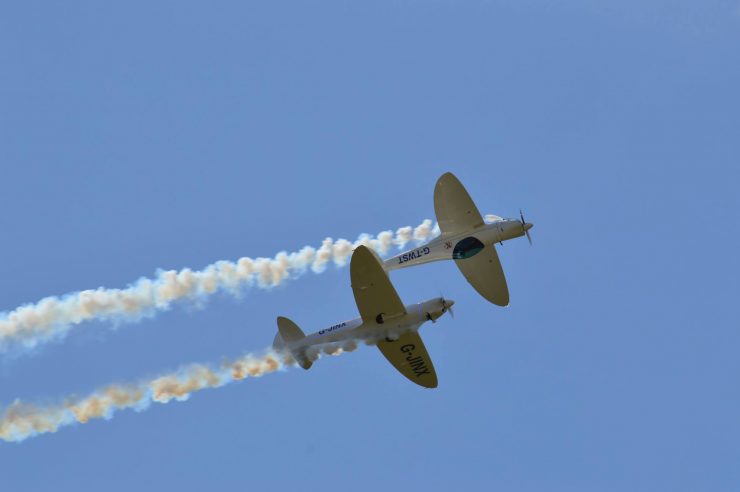 The event ran in conjunction with Heli UK Expo; the UK’s only fly in Helicopter event, held in a dedicated hangar and ran the exciting Helicopter Challenge Cup, presented by the Helicopter Club of Great Britain. The exciting spectacle ran over a course of three days and involved participants across the globe.

The organisers of AeroExpo UK are sincerely thankful for the commitment and support from Wycombe Air Park, Media Partners, Exhibitors, Visiting Pilots and Visitors and the supporting staff. The support makes this annual event a focal point for the General Aviation Community in the UK.

Special thanks must be made for the valued support of our Event Sponsors; Garmin, BOSE, Haywards Aviation, Total, HQ Aviation and AT Aviation for sponsoring the event this year.

To catch up on all of the activity throughout the three day event, visit the AeroExpo UK Youtube Channel online!