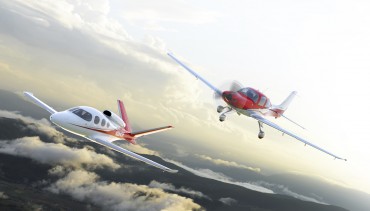 Cirrus Aircraft UK will be bringing a brand new top of the range 2016 SR22 GTS Turbo to AeroExpo UK. The aircraft is the last word in personal transport, with all the benefits of the latest Generation 5 including 12 inch colour primary flight displays, infra red enhanced vision, flight into known ice protection and the now legendary Cirrus Airframe parachute system.

The 2016 SR22 is delivered with a new Bluetooth audio panel that allows for phone calls and music to be wirelessly connected and directed to any occupant in the cabin. Additionally, Cirrus is the first piston aircraft to incorporate Garmin Flight Stream in the cockpit, enabling wireless connectivity between mobile devices and the Cirrus Perspective avionics flight deck as part of the new Digital Advantage Package. Pilots can now flight plan at home or at work, transfer flight p 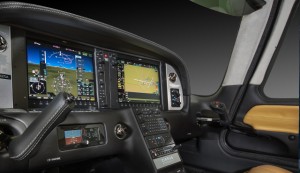 lans to and from the avionics seamlessly, easily change route mid-flight, display a new and wide array of flight information including pitch, bank and GPS data, plus control the SiriusXM® radio – all via a mobile device.

Cirrus was founded with the idea of creating an aircraft that never existed before, an aircraft with features and innovations that take the flying experience to an entirely different level. This spirit of unceasing innovation continues at Cirrus today and the result is the new 2016 Generation 5 SR22 and SR22T. 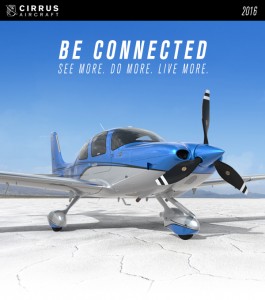 Cirrus Aircraft UK are the official importers of Cirrus light aircraft for the UK and Channel Islands. The SR22 GTS Turbo is the luxury, technology, and performance standard by which all other aircraft are measured. It’s the reason Cirrus continues to be the world’s best-selling airplane in its class.