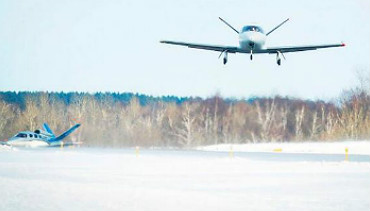 The aircraft is priced at just under $2 million and features a cruising speed of 300kt, carbon-fibre structure, parachute system and advanced avionics.
Cirrus has said it will start delivering the aircraft late next year to more than 500 customers who are already signed up.
cirrusaircraft.com