David Fabry, President of FLYING smart explains the origin of his company through a sequence of events that have paved the way to this new venture: A pilot by passion, he has logged more than 3000 hours for business and pleasure but never considered to enter the aviation industry until his best friend suggested it to him during a Transatlantic adventure in 2014. The intensity of his suggestion was unusual and left a strong imprint that lead David to refine a concept he had in mind. Pulling together multiple resources such as his 15 year long relationship with the executive team of Daher as a TBM owner, his friendship with Bernard Van Milders, CEO of FLYING Group, a leading business jet operator, his network of TBM owners and instructors, he founded this new venture to provide a full range of services:

FLYING smart aims at bringing the highest level of service to TBM owners such as maintenance ferry to any TBM service center, making the fleet available to them in case of AOG, 24/7 ops team for travel support, safety and training team. In addition, TBM operators will also benefit from new revenue streams when adding their airplane to the rental fleet to reduce their fixed costs.

London at its prime for a highly cosmopolitan start:

With the inauguration of its Biggin Hill headquarters taking place on September 15th, David Fabry is already comforted in his choice of London as a hub and reported a high level of interest and strong new business:

A prominent Thai businessman from Bangkok flew to Biggin Hill with his Embraer 135 from Thailand. As a TBM owner, he decided to leave his large jet parked and rented a TBM from FLYING smart to attend meetings in Paris, Frankfurt and Brussels.

A Belgian pilot succeeded in selling his Jetprop DLX through FLYING smart and has upgraded to a TBM. A Swiss pilot has used the travel support team of FLYING smart to fly from Switzerland the Cayman Islands and back.

A French TBM owner has relied on FLYING smart to organize the logistics around an unscheduled maintenance event and was provided a replacement aircraft from the fleet. A British pilot flying a Cirrus has expressed strong interest in the purchase of a new TBM 900 and many are looking at the rental and training option. Two American owners who are spending quite some in Europe are planning to use FLYING smart to move their airplane between the US and Europe on a regular basis.

A Canadian TBM owner has used the FLYING smart travel support team to plan his transatlantic crossing. These few examples show the needs that David Fabry recognized as an owner and shows that private operators are confronted with issues that go beyond aircraft acquisition and are happy to rely on their wingman: FLYING smart! 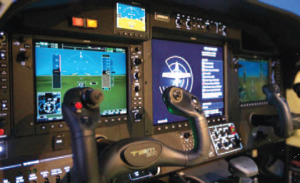 Flying Smart is a London Biggin Hill based company aimed at distributing the TBM family of products from Daher (new and used), providing supporting its clients in every aspects of their aircraft ownership and travel needs as well as providing its partner, FLYING Group leading European business aviation operator with an entry-level alternative for their larger jets customers.

The TBM 900 is the latest member in Daher’s TBM family of very fast single-engine turboprop aircraft. It offers superior performance – a maximum cruise speed of 330 kts. – and high efficiency with a 1,730 naut. mi. maximum range and a fuel consumption at economy cruise of 37 U.S. gal per hour. This results from aerodynamic improvements, along with other aircraft enhancements. The maximum range and useful load, as well as the ability to land at small airports, are some of its customers’ favourite features. 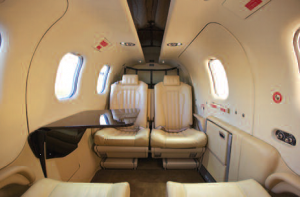 or email us at info@FLYINGsmart.aero