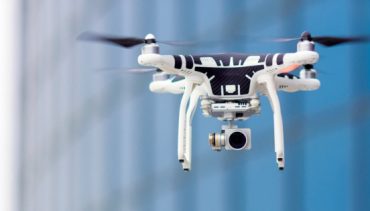 The Civil Aviation Authority today launched a campaign to enlist the help of the GA community in educating drone users on how to fly safely.

Under the scheme GA airfields, flying clubs and flying schools are being offered toolkits to run events for their local drone users. As well as reducing the risk of mid-air collision the scheme is also an opportunity to introduce drone pilots to the world of GA.

Drones can bring many benefits but to achieve those everyone flying a drone now must do so safely. The number of incident reports featuring drones is rising and a national study published in July showed that GA aircraft and helicopters were potentially most at risk from a drone collision.

The CAA is running a successful national education campaign to explain to drone users the need to follow the UK rules explained in the Dronecode. The GA community is now being asked to help support this, and enhance their own safety, by educating their local drone users.

The CAA is making available a toolkit for the GA community to be able to open its doors to local drone enthusiasts. The kit provides:

• Materials to advertise an event locally including a press release, flyers and posters

Jonathan Nicholson, from the CAA’s communications team who is running the CAA’s drone education work, explained: “We know that many drone users are genuinely interested in aviation but don’t always have the knowledge of how other airspace users operate. While we can run a national campaign to explain the basic rules the GA community is much better placed to share information with local drone pilots.

“An airfield could arrange an evening or weekend presentation for local drone users highlighting the areas and heights where GA flying takes place. It’s also an excellent opportunity to show potential newcomers to the GA world what aviation has to offer.”

The new ‘Share the Sky Safely’ campaign will be launched at the Light Aircraft Association (LAA) 2017 rally at Sywell on 1 September.

Steve Slater, LAA Chief Executive, added: “By engaging with drone users we not only have an opportunity to explain to them how we can safely share the airspace but also to introduce them to our amazing world of flying. Many GA pilots started off their love of flying with model aircraft, so there’s no reason why today’s drone enthusiasts can’t be tomorrow’s GA pilots.”

Anyone interested in hosting an event can download all the materials from dronesafe website at dronesafe.uk/ga Holders for drone pilots training cards can be ordered by emailing jonathan.nicholson@caa.co.uk . Or packs can be collected from the CAA marquee at the LAA Rally.

The CAA’s ongoing drone education campaign has been engaging with drone users, manufacturers and retailers to explain the need to fly drones safely.