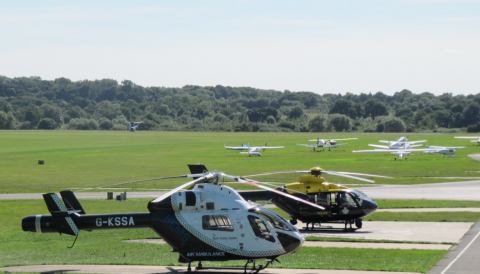 The General Aviation Awareness Council will be exhibiting at AeroExpo at Cotswold Airport as it continues to work to protect even more UK airfields from closure, something that is causing irreparable damage to the UK’s General Aviation sector and beyond.

With most of the aviation industry dependent on airfields and airports, the dwindling number has caused alarm at the highest levels of government but still there is little protection. From its work, the GAAC is very aware of how many airfields are under threat of closure. Many have already disappeared, and a few key airports and airfields have little hope of re-opening unless something is done — for example, Plymouth and Manston.

At the core of the GAAC’s activity is planning and it is advising many airfields on various aspects of planning, whether in development or in defending themselves from developers and local developments — everything from proposed ‘New Town’ housing estates to railway projects and masts that affect aircraft operations. To this end, GAAC expends considerable effort on limited funds to encourage airfields to have safeguarding plans in place, so planners are fully informed of their existence and requirements.

The GAAC also works closely with the All-Party Parliamentary Group (APPG) for General Aviation, chairing its Working Groups in areas such as Airfields and Taxation of the sector (for example VAT on training). Ongoing work includes trying to establish in law a Strategic Airfield Network (SAN) and it is working closely on this, and other issues, with the Department for Transport and the CAA.

It is also active in encouraging sustainable aviation, for example electric/hybrid aircraft and new cleaner fuels, and noise issues so airfields can work together with their local communities.

At AeroExpo, GAAC will also be attempting to raise funds to cover its costs. As a non-profit organisation supported by the various UK aviation associations, it has very limited funds but provides expert planning and other advice across the sector, regularly visiting airfields and supporting them when they have a need but lack resources or knowledge. 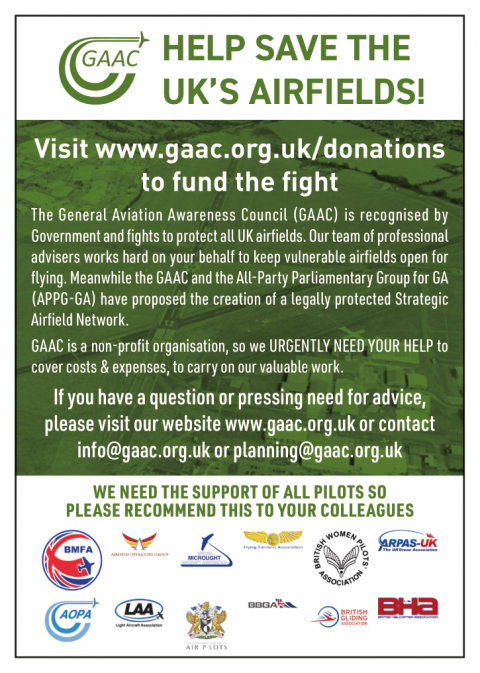