Gliding clubs across Yorkshire are working together to help create aspirations and strengthen life skills of hundreds of school and college students in an ambitious aviation and aerospace project.

Young people are flying high and taking the glider controls during air experience flights at Burn, York, Yorkshire and Wolds gliding clubs as part of The Air League’s pioneering ‘Soaring to Success’ programme in collaboration with Barnsley Metropolitan Borough Council.

Ishpreet Sundal from The Air League says: “The Soaring to Success programme is an inspiring initiative that, for many, is a completely new and exciting challenge.

“Upon arrival to the gliding taster day sessions, the students typically felt apprehensive about taking to the skies but the look of achievement and excitement that filled their faces after their flights was truly priceless.”

The project has also received the backing of ‘I Know I Can’, a youth scheme in Barnsley which is about building confidence, creating dreams, raising qualification levels and developing a real I Know I Can attitude. 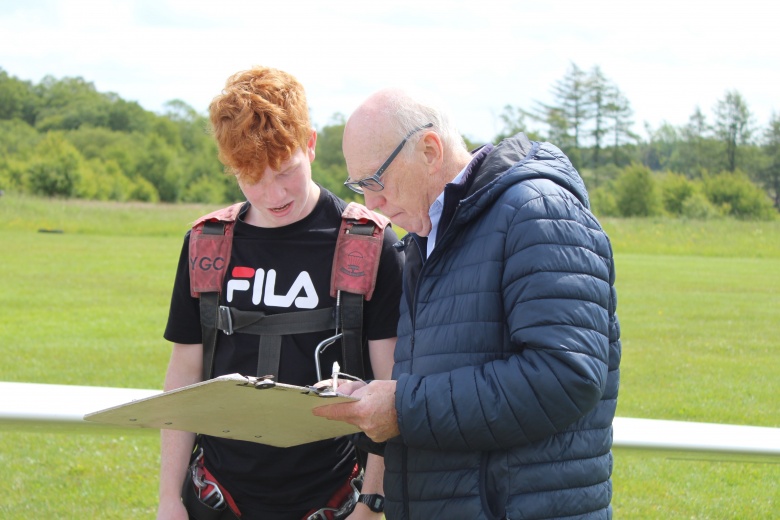 For many of the young people, gliding provides the perfect environment to enhance their employability through developing transferrable personal skills for life including communication, teambuilding and leadership skills.

Gliding is also an ideal springboard for a career in aviation or aerospace whether as a pilot, engineer or other professional within Science, Technology, Engineering or Maths (STEM).

Pete Stratten, Chief Executive Officer of the British Gliding Association, added: “Aerospace and aviation is one of the most exciting sectors of the British economy. It offers a range of technical and managerial challenges from designing and building complex equipment to managing large and intricate human enterprises. And in-between, flying and operating airlines and airfields.

“Gliding can provide a gateway to this amazing industry as the skills and knowledge of flying and the associated activities of working within a team, problem solving and communicating are embedded within the skills of learning to fly a glider.

The Wolds Gliding Club based at Pocklington and York Gliding Centre in Rufforth are looking forward to being involved in similar initiatives in the future.

“We have really enjoyed flying the students from Barnsley. They were engaged and engaging and it’s been a privilege to introduce them to the world of gliding,” said Craig Scott from Wolds Gliding Club. “It was amazing to see how quickly they mastered the controls, especially since many of them had never been in an aircraft before.” 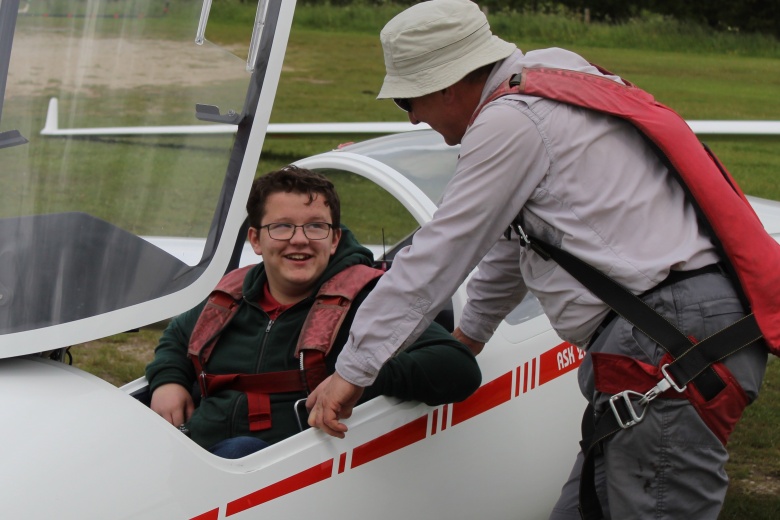 York Gliding Centre’s Harry Southworth was also impressed by the infectious enthusiasm of the young flyers.  He said: “The students’ keenness to get involved in all gliding tasks such as radio communication, handling of aircraft, launching the gliders and asking endless questions about why we do things was truly inspirational. They were an amazing bunch of people who made the most of the experience.”

Dave Latimer is Chairman of both the BGA’s Development Committee and Yorkshire Gliding Club at Sutton Bank.  He added: “Having the youngsters on site was great!  We are now in discussion with Barnsley Council and The Air League on how we can turn this into a regular activity to introduce young people to aviation and the associated STEM subjects.”

For more information about gliding and to find your local gliding club, visit www.gliding.co.uk