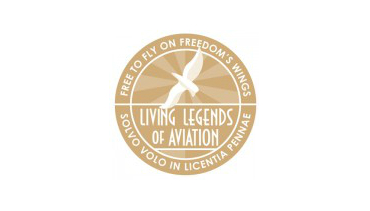 John Travolta, the “Official Ambassador of Aviation ®,” will host the 12th Annual “Living Legends of Aviation Awards,” which will be held at the Beverly Hilton ballroom on January 16, 2015.  This year’s awards are being dedicated to Bob Hoover, the first inductee of the “Living Legend of Aviation. ” The Legends are celebrating Bob’s 93rd birthday along with special guests attending to honor this famous Legend.

John Travolta will be presenting the “Aviation Inspiration and Patriotism Award” to Angelina Jolie, an instrument rated pilot who recently directed and debuted the movie, Unbroken, about the life of Louis Zamperini, a WWII airman.

Michimasa Fujino, founder and CEO of Honda Aircraft Company, will be presented with the Legend’s “Aviation Industry Leader of the Year Award.”

The “Living Legends of Aviation” annual awards are considered the most prestigious and important recognition event in aviation. The awards program starts with the “Flown West Tribute,” which honors those Legends that took their last flight West. Narrated by Morgan Freeman, tributes will be given to Ed Swearingen, Tom Danaher, and Delford Smith. Immediately following, Kiddie Hawk’s host, John Travolta, will induct the three new “Living Legends of Aviation”: Bruce Whitman, chairman and CEO of FlightSafety, Herb Kelleher, founder of Southwest Airlines, and Major General Carl McNair, retired Army and chairman of Air Methods.

Legend Buzz Aldrin’s 85th birthday will be celebrated at the After Awards Party on the roof of the Beverly Hilton.

About Living Legends of Aviation

Considered the most prestigious and important recognition event of aviation, this intimate, memorable and historic evening of aviation awards and entertainment will be directed by Emcee Danny Clisham and Celebrity Emcee (pilot and comedian) Craig Ferguson.  The Living Legends of Aviation Awards recognizes significant contributions and achievements during aviation’s second hundred years.

The Living Legends of Aviation Awards event is produced by the Kiddie Hawk Air Academy, a non-profit 501-c-3 qualified organization. Kiddie Hawk introduces children ages 4 through 9 to flight with the Kiddie Hawk Jet Trainers. These trainers allow kids to take their first flight lesson with the sophistication of motion and control of real flight, piloting their airplanes, albeit a few feet off the ground.  Kiddie Hawk follows the students as they progress, emphasizing the STEM program to encourage children in math and science, and introduces youngsters to flying and other aviation related careers.