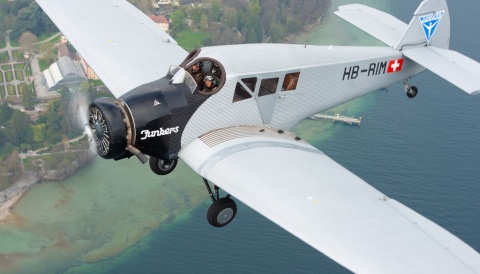 Junkers Flugzeugwerke AG will also be displaying the WACO aircraft within its display. Discover the story, craftsmanship and passion behind the reproduction of the world’s first all-metal commercial aircraft… 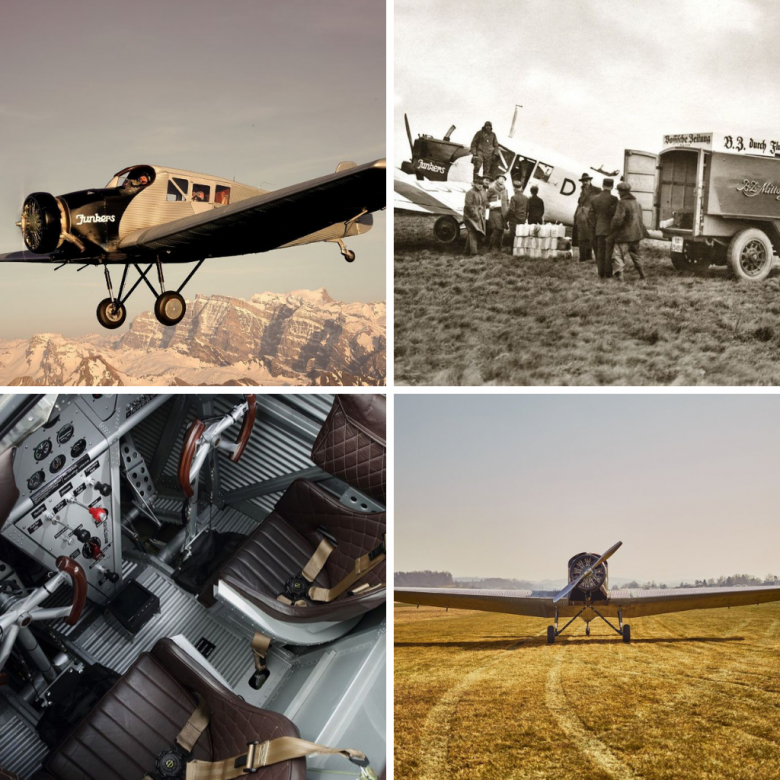 The plane’s cabin setup was still modeled on the early passenger vehicles: the four passengers sat inside in the heated cabin in comfortable upholstered armchairs, sheltered from the weather outside, while the pilot and mechanic had the air blowing in their faces in the open-cockpit up front.

A few, but crucial concessions have been made to modern technology. Pratt & Whitney’s nine-cylinder radial engine «R-985 Wasp Junior» with 450 hp provides reliable every-day usability. The landing gear now comes with a brake system and has a tail wheel instead of the original tail skid. Over and above the classic flight and engine instruments, the Junkers F 13’s standard features include modern radio equipment, a transponder, and engine controls. 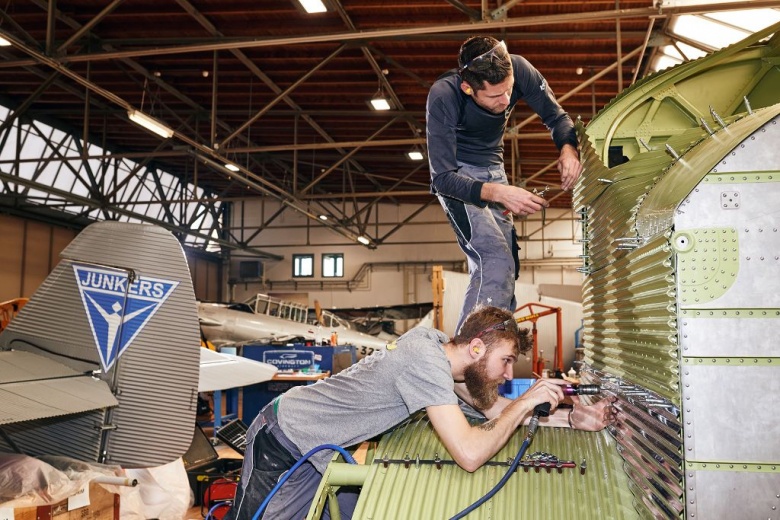