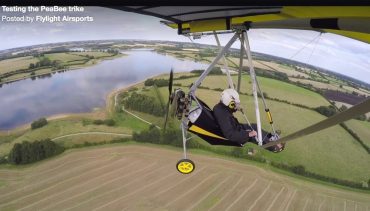 Sywell-based Flylight Airports is putting its latest aircraft, the single-seat PeaBee, into production at an incredible price of £8,300 plus VAT. The first three aircraft will be offered at £7,055 plus VAT.

The PeaBee is named after a very small member of the Bee family, noted for its stamina and robustness. It fits into a new sub-70kg class of aircraft called ‘nanolight’ which being operated as licence-free and deregulated category on a 12-month trial basis under a special exemption agreed by the CAA and the British Microlight Aircraft Association (BMAA). For full details see ORS4 No.1224 available on the CAA website.

However, insurance to cover third party risks is required and that effectively means would be nanolight pilots will need some form of training, such as that for hang-gliding and paragliding. The CAA thinks of the class as ‘self-propelled hang-glider with wheels’ but nanolight has a much better ring.

The PeaBee weighs just 61kg dry which would allow 12 litres of fuel to be carried to stay under the 70kg weight limit (75kg with a ballistic recovery parachute). That would give it three to four hours duration. Other criteria are a stall speed under 20kt and single-seat only. The engine is an aircooled, single-cylinder, 172.5cc two-stroke. 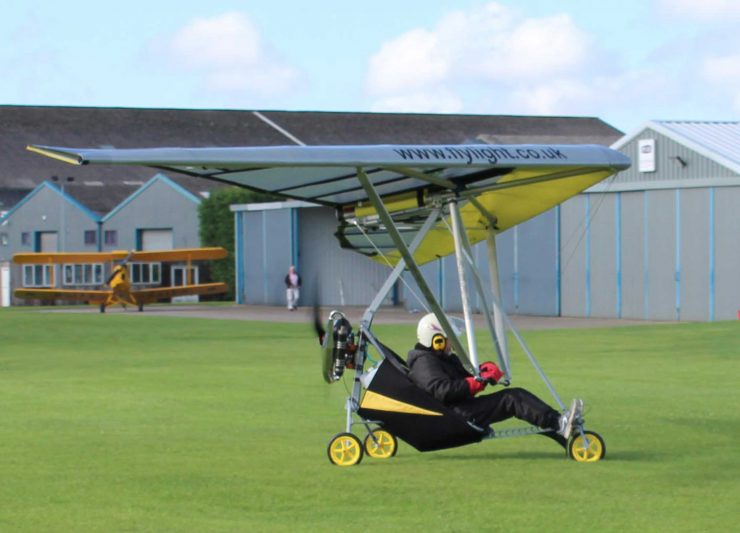 “The PeaBee will be ready for production mid to late September,” Flylight’s Ben Ashman told FLYER. “The trike unit has been tested, the all-new lightweight wing will be with us first week in September. It has been flown and tested.” A video of the PeaBee being flown is on Flylight’s Facebook page.